“A HISTORIC DECISION”: a rape recognized as “lesbophobic” by the French criminal court

Translation of the Article in L’Obs and AFP, Published on 28 May 2021.

On Friday 28 May, the Paris Criminal Court sentenced a man to 14 years in prison for “rape on the grounds of sexual orientation” of a lesbian woman. 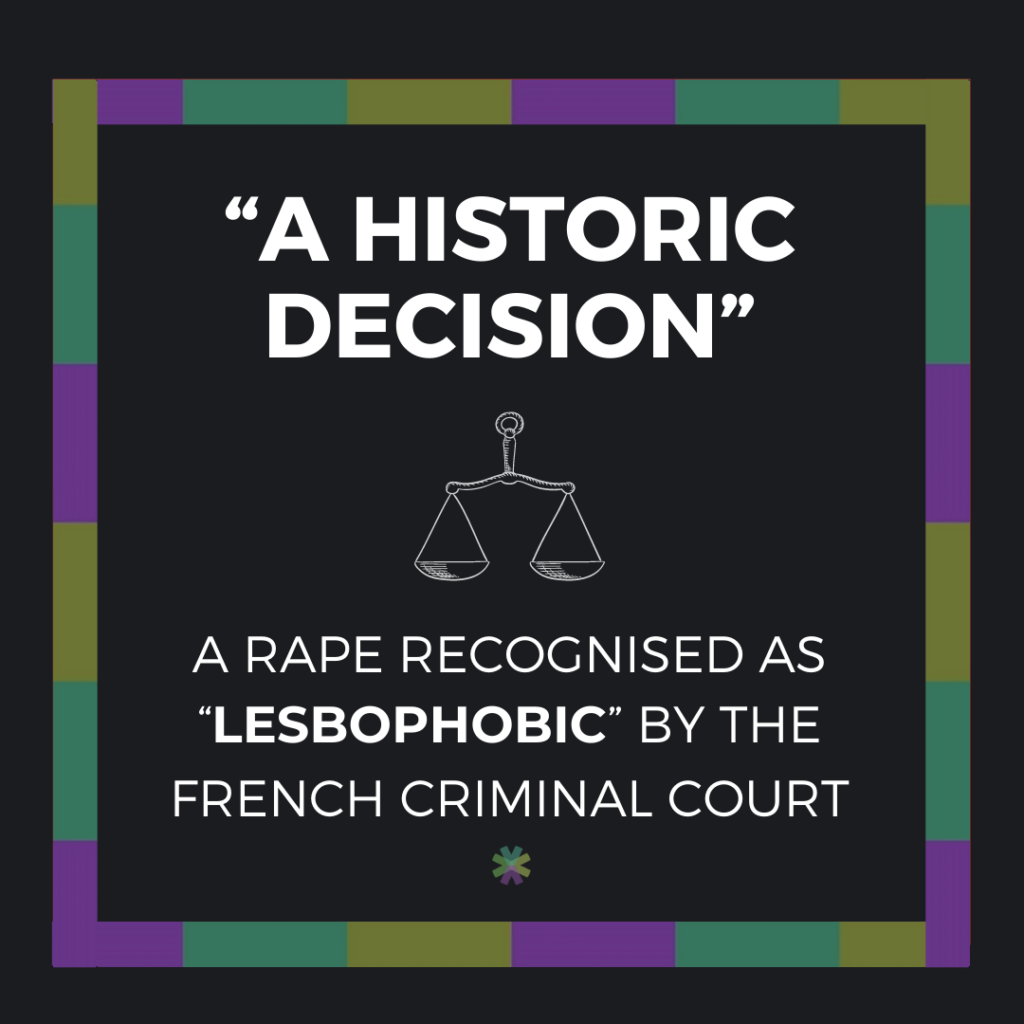 In March 2020, Jeanne’s attacker (whose name was changed at her request) was sentenced to 15 years by the Seine-Saint-Denis court. But the aggravating circumstance of homophobia was not retained.

This time, the jury and judges considered that it was a lesbophobic rape, in particular because the accused “knew from the beginning of their encounter the sexual orientation” of his victim.

The court also relied on the testimony of the young woman, who had repeatedly recounted the phrase used by her attacker as a warning: “You like chicks? Well, I’m going to make you like this”.

The recognition of the lesbophobic nature of this attack “was the most important thing for me”, reacted Jeanne to AFP. “The rape was fueled by that, he wanted to deny me as a lesbian, to punish me. At the first trial, I had been denied a second time by the justice system, society, in my identity, that was the hardest”, she explained. 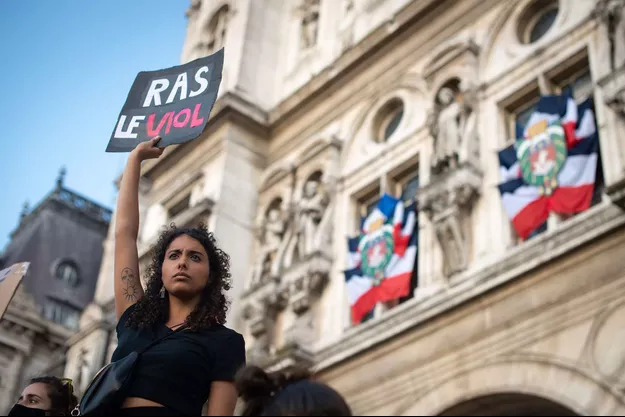 The sentence handed down on appeal was slightly lower because of the defendant’s confession to rape and violence: Jeanne, whose whole body had “numerous wounds and bruises”, had notably had a perforated eardrum.

But he insisted that he had “no problem” with his homosexuality. “He was out of time, full of cocaine and alcohol, he did not know what he was doing,” said his lawyer, Paul de Bomy, after the verdict.

“Jeanne’s lawyer, Stéphane Maugendre, said that the conviction, “a historic first”, was also “the culmination of the Aix-en-Provence trial” of 1978. In that trial, the three attackers of Anne Tonglet and Araceli Castellano, a lesbian couple, were convicted after a fight led by their lawyer Gisèle Halimi, which resulted in a legal redefinition of rape.

“Lesbian and bisexual women are extremely vulnerable to sexual violence and assault” because of “hatred and contempt linked to sexual orientation, but also because of the misogynistic perception that women are ‘objects’, especially sexual objects”, Silvia Casalino, co-director of the EuroCentralAsian Lesbian* Community, told AFP.

10% of lesbian victims of rape

“There is also the belief that women who do not have sex with men are ‘sick’, ‘abnormal’ and need to be ‘corrected’,” she added.

In her eyes, the Court of Appeal’s decision, which could be a first in Europe according to information from her activist network, “is very important and sends a clear signal to European states that are currently discussing the introduction of measures to prevent hate crimes against LGBTI people”.

In her view, the decision of the Court of Appeal, which could be a first in Europe according to information from his activist network, “is very important and sends a clear signal to European states that are currently discussing the introduction of measures to prevent hate crimes against LGBTI persons”.