Our conferences are our lighthouses – In 2017, we organized our conference entitled “Lesbians in Europe: Act, Reflect, Transform, Connect” in Vienna Austria and in 2019, we held our second international conference entitled “Let’s Bring Lesbian Genius to the World!” in Kyiv, Ukraine. The first one in Vienna, Austria, with 500 participants. The second in Kyiv, Ukraine, with 350 participants. The first edition brought together five hundred lesbian politicians, artists, journalists, academics gathered from all over Europe and Central Asia for a very successful, historical and mediatized event. In Vienna, the conference participants made it clear that there was a huge need for all European and Central Asian countries to pay more attention to the situation of lesbians. We also heard the message from thousands of lesbians in Europe and Central Asia: they wanted a network and another conference to happen. The second edition of the conference took place in April 2019, in Kyiv, Ukraine, and was co-organized with Insight, a Ukrainian human rights NGO focusing on LGBTIQ rights work. At the second EL*C conference, Central Asia was included in the official name of the network.

Overall, our conferences have served as a key moment to measure the pulse of the lesbian movement, to support and celebrate the lesbian community, to foster or strengthen new projects and connections, and to serve as a base to develop strategies for growth and sustainability. 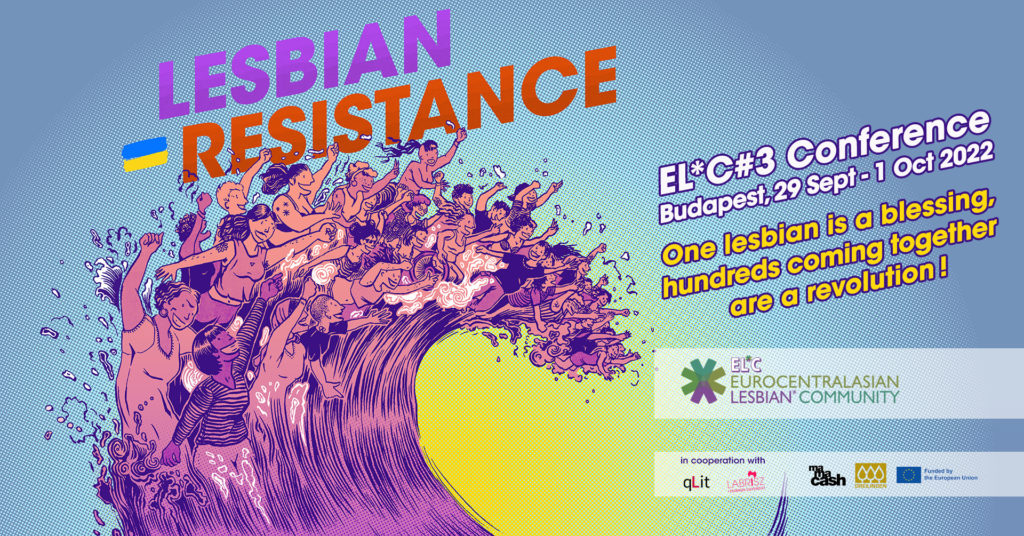 Why Budapest in 2022? EL*C plans on bringing lesbians back together in Budapest for its third international lesbian conference in 2022! Here is a (non-exhaustive) list of reasons why EL*C is looking to hold its third conference in Hungary; keeping in mind that in recent months organizing the conference in a neighboring country to Ukraine has added political value to hosting the event in Budapest!

-The LGBTIQ+ community including lesbians have been hit disproportionately hard by the global pandemic: scapegoating & discriminatory laws have been implemented since 2020. → We want to support Hungarian + Poland activists by going on the ground!

-In the midst of the scapegoating, government officials have publicly called on the boycotting of certain books and resources developed by feminist / lesbian groups such as Labrisz (case of ‘A Fairytale for Everyone’). → To counter the call to boycott, we want to help visibilize all efforts to spread positive messages about feminism and the LGBTIQ community, especially where these efforts are led by lesbian groups.

-Hungary is home to one of the longest standing lesbian groups in Europe: Labrisz (founded in 1999). → We want to acknowledge our shared history; get to learn from one another and use this chance to dive deeper into understanding the potentialities of feminisms from Eastern / Central Europe.

We are out, we are loud, we are visible!

As part of the @European Lesbian* Conference from 29 Sept – 1 Oct, our Dyke March will take place. Lesbians are not sufficiently represented in society, nor in the LGBTQI+ community – we want to change that!

*Everyone is welcome to support*

Meeting TIME 5 PM – place will be announced in due time

The demonstration will begin and end with activist speeches. 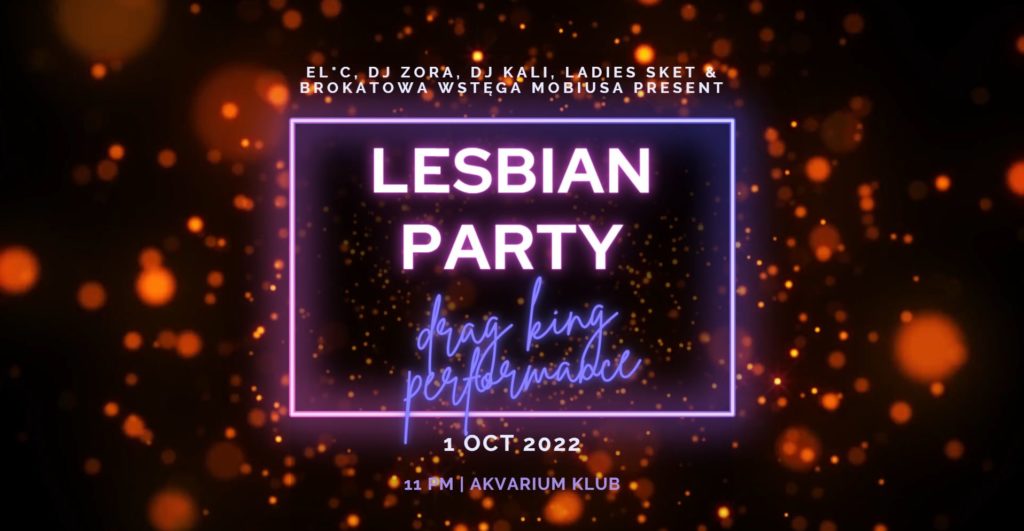 Who’s ready to party with lesbians? We are!

We’re ending the EL*C #3 Conference in Budapest with a bang – Lesbian Party with amazing lesbian DJs and Drag King performances to have you entertained and energized for days! 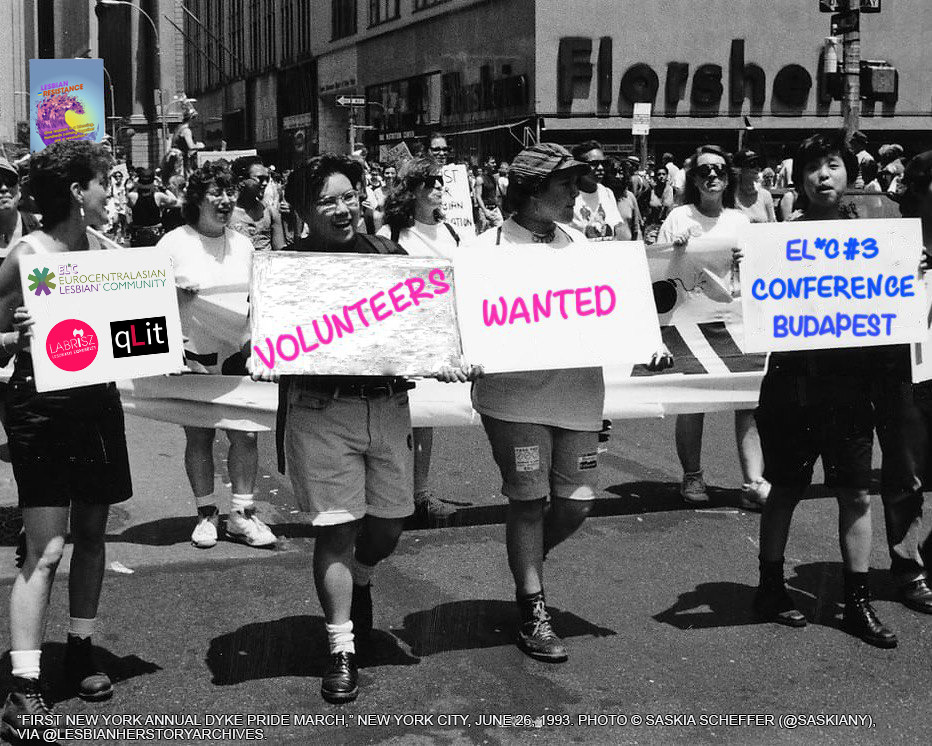 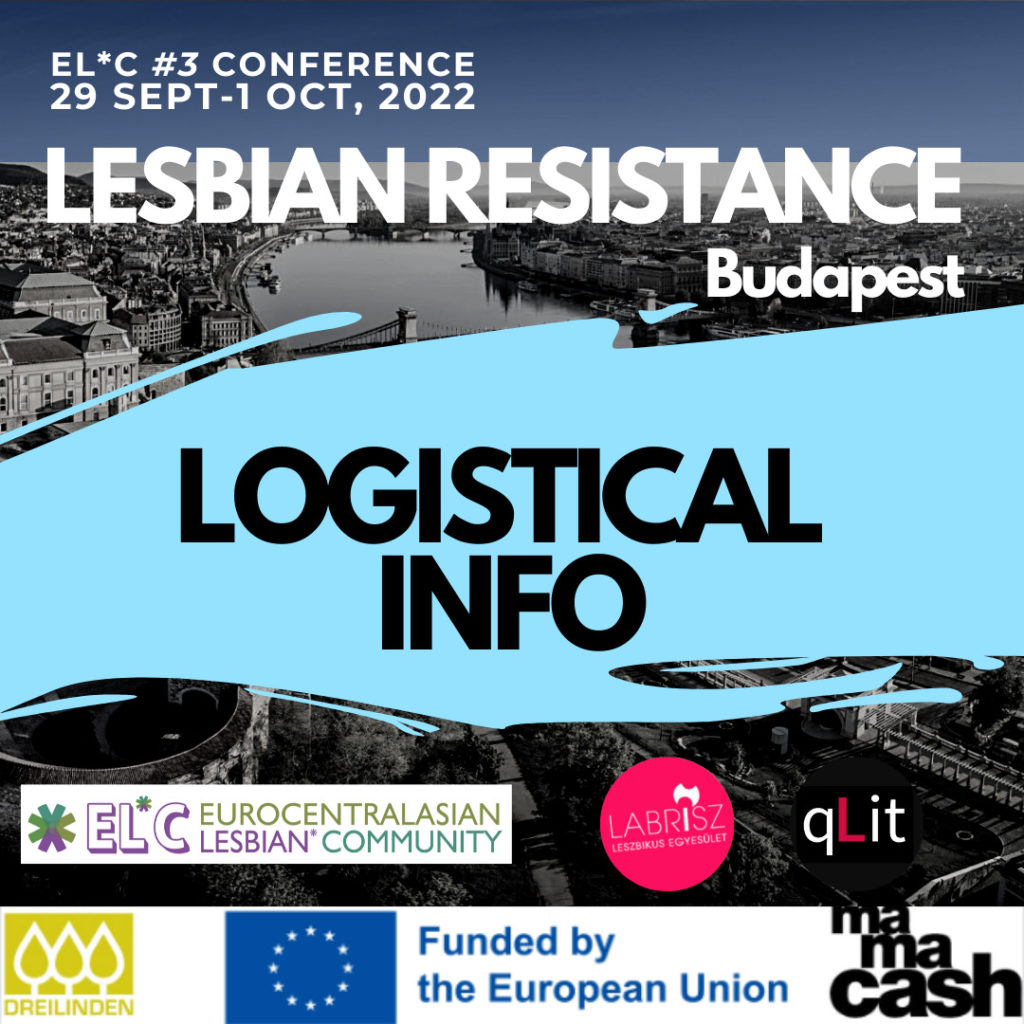 Getting from the airport to the city center :

Airport shuttle bus 100E is in operation between Liszt Ferenc International Airport and Deák Ferenc tér, one of Budapest’s major transport hubs, running via Kálvin tér, another important location in the city. Operating every day of the week:

– the bus line with an average service frequency of 15-30 minutes on Mondays, Fridays and Sundays, and 20-30 minutes on Tuesdays, Wednesdays, Thursdays and Saturdays provides a convenient, cost-efficient and fast connection between the airport and the city centre.