In the current rise of far right discourses, nationalism and anti-gender movements, lesbophobia is present now more than ever but it remains a phenomenon misunderstood, underestimated and often not even nominated. For this reason, in the past months, EL*C has taken action, collecting cases and data from all over Europe and Central Asia, consulting with all its members’ organisations and discussing with lesbians active in many different contexts. 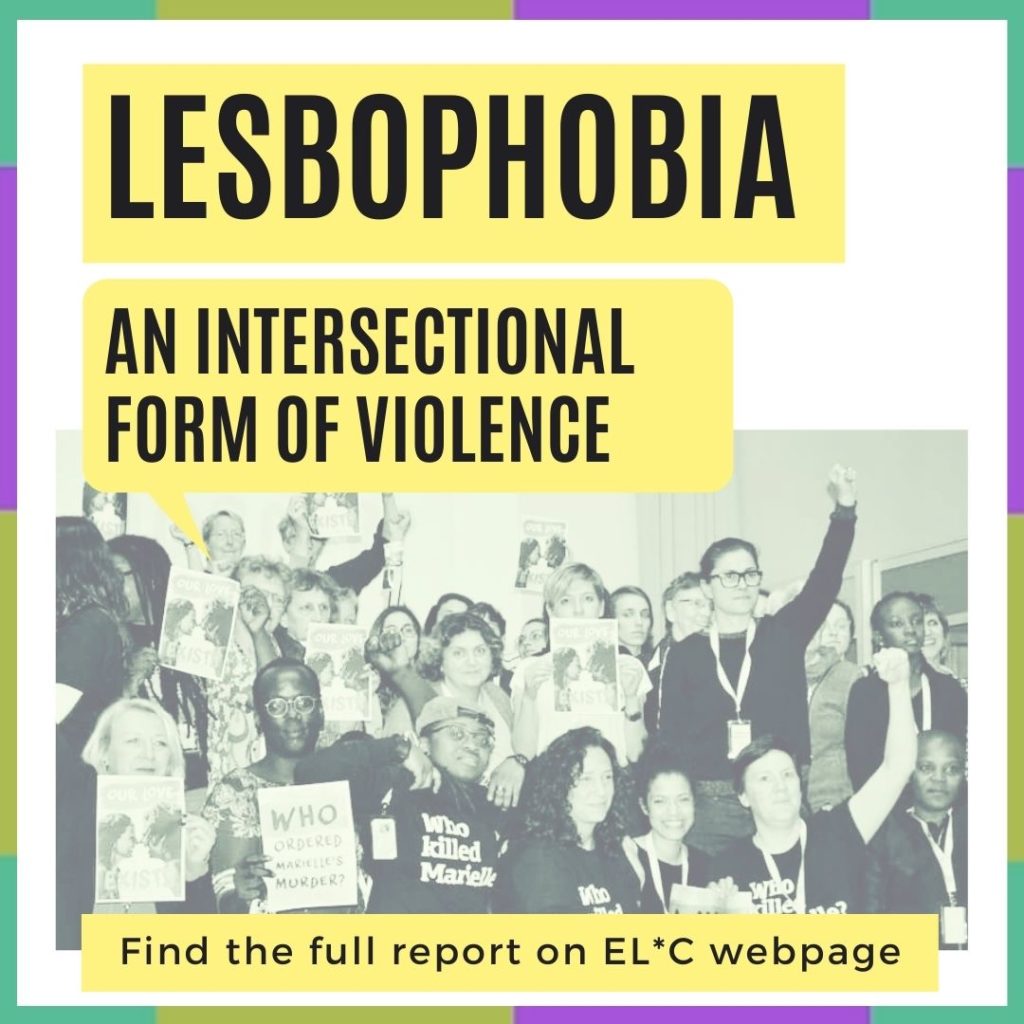 The results of this work are now available in a new report that show how misogyny plays a fundamental role in lesbophobia and how lesbophobic hate crimes are used to silence, punish and oppress lesbians. Yet analysis, policies and legislation on gender-based violence and hate crime do not consider the specifities of lesbophobia and once again lesbian falls between the cracks. Long before this report, lesbians have been analysing and raising awareness on lesbophobia, because we were aware that not speaking about it will not make lesbophobia disappear, it will just make it  stronger. Data and information are here, it is now time to listen and act. 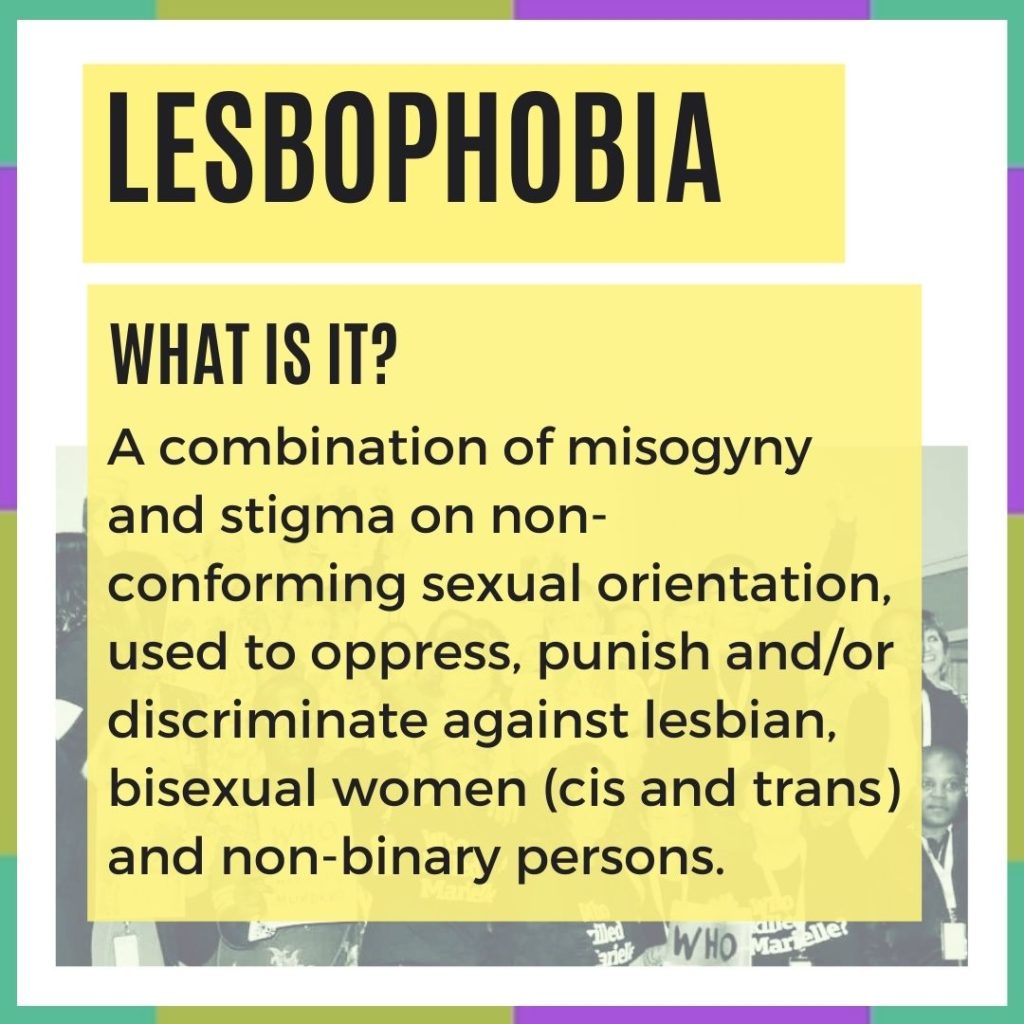 About lesbian identities and intersectional oppressions

In the title of this report, we have decided to refer to lesbophobia as an “intersectional” form of violence, because it relates always to oppressions depending both on gender inequalities as well as to stigma against non-conforming sexual orientation. It is however important to note that intersectionality is a term coined and conceptualised by Kimberle Crenshaw in 1989[a] and related originally to experience of oppression of black women, at the intersection between gender and race. Since then, intersectional analysis has been used, in different contexts, to identify and analyze forms of oppressions based on the interlocking of different social identities.

Therefore, we are aware that the experience of lesbophobia is not homogenous in our community. We want to put a focus on lesbophobia in this report while not forgetting that the levels of stigma multiply and intensify depending on other perceived or claimed social identities, such as ‘gender identity’, ‘race,’ ‘citizenship status’, ‘refugee/asylum seeker status’, ‘class,’ or ‘ableness.’ and others that a lesbian might embody. From this shared, but different, history of oppression we work to build a community and allyship capable of freeing every lesbians, even when our shackles are not the same[b].

[a] K. Crenshaw (1989) “Demarginalizing the Intersection of Race and Sex: A Black Feminist Critique of Antidiscrimination Doctrine, Feminist Theory and Antiracist Politics”, University of Chicago Legal Forum, Vol. 1989 Issue 1, Article 8.
[b] The reference here is to the phrase “I am not free while any woman is unfree, even when her shackles are very different from my own” pronounced by Audre Lorde in the speech “THE USES OF ANGER: WOMEN RESPONDING TO RACISM”, keynote presentation at the 1981 National Women’s Studies Association Conference, Storrs, Connecticut