Lesbian* women across the Council of Europe Member States are still facing high level of hate speech and hate crimes, even in the so-called “developed countries”.

On 31st of March 2010, the Committee of Ministers of the Council of Europe (CMCE) adopted the Recommendation CM/Rec (2010)5 to member states “on measures to combat discrimination on grounds of sexual orientation or gender identity”. This Recommendation is a document of crucial significance for lesbian* women. As the world’s first international legal instrument dealing specifically with discrimination on the grounds of sexual orientation and gender identity, the Recommendation recognized the centuries-old discrimination and emphasized the universality of the human rights, and pointed out that specific actions are required by the states to ensure the full enjoyment of human rights by LGBT people.

This report, prepared by The European Lesbian* Conference (EL*C), collective of lesbian women from Europe and Central Asia, aims to provide information on the level of implementation of the Recommendation CM/Rec (2010)5 in regard to discrimination experienced by lesbian* women in Council of Europe Member States. It has been submitted to the second review of the Committee of Ministers of the Council of Europe end of November 2018. 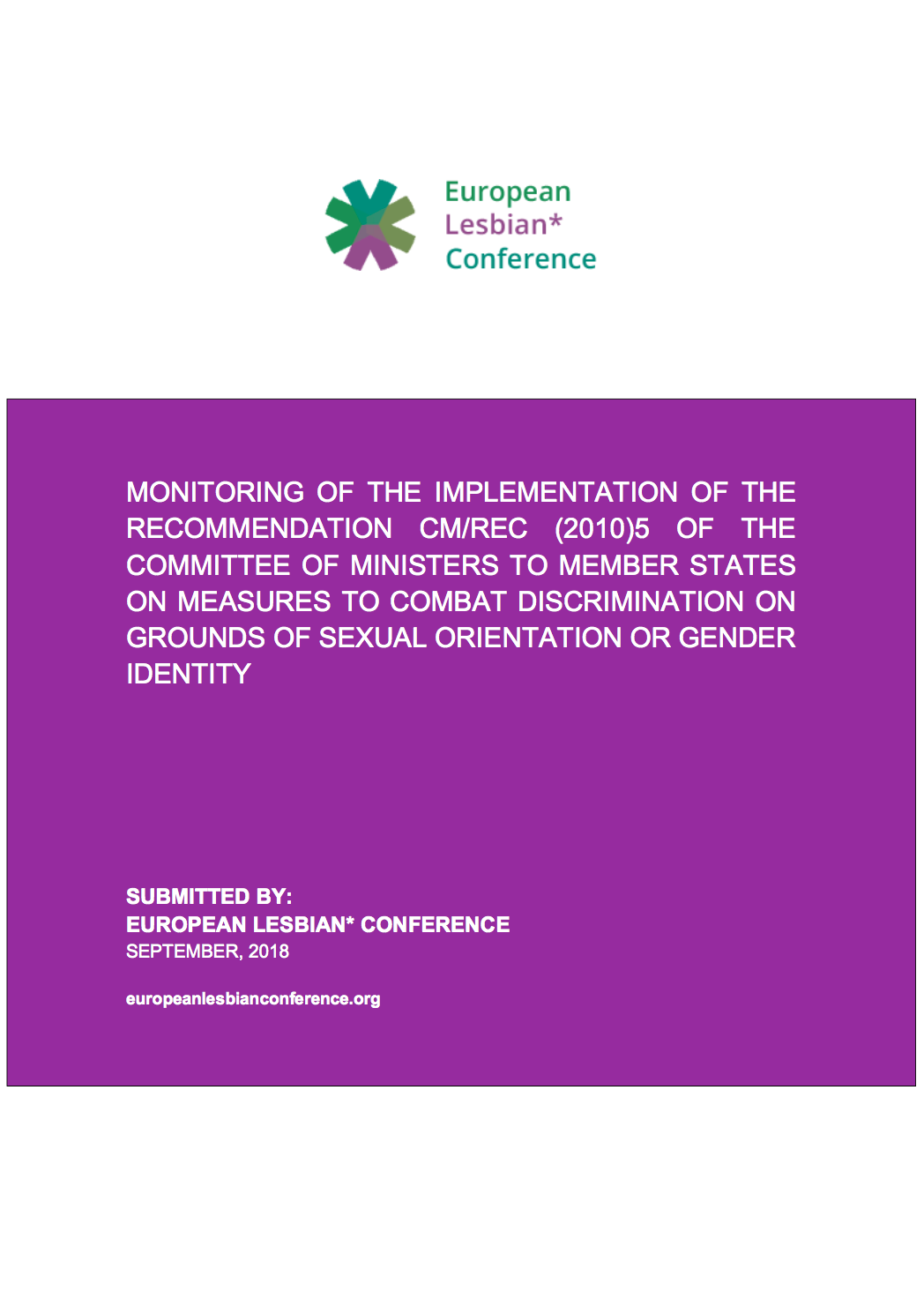