They are out, they are visible, they have been in politics for 30 years or just one year, and they told EL*C in very special videos how, as lesbian politicians, they are game changers. 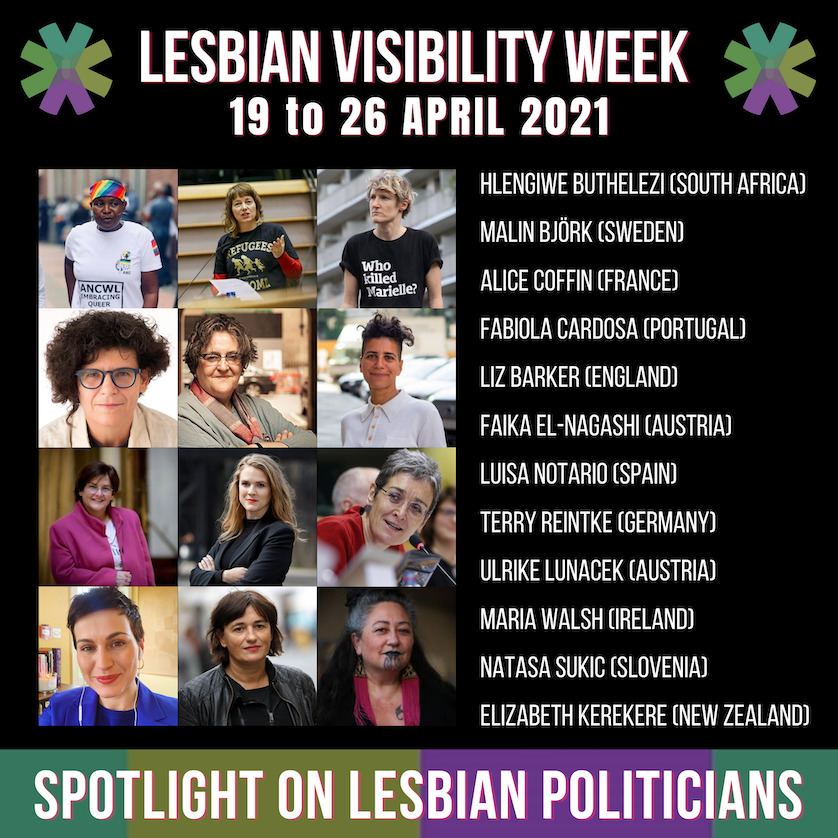 Ahead of April 26,  Lesbian Visibility Day, EL*C is promoting a lesbian visibility week and for this edition 2021 we’ve decided to spotlight – with a visibility campaign and a talk on 26 April – lesbian politicians who are at all times bringing lesbian voices to the decision making tables.

Watch, hear, read their powerful words telling what lesbian visibility is for them, why they decided to go into politics, how they do different politics as a lesbian, and foremost who their lesbian celebrity crush is.

A series of live questions, co-hosted by EL*C co chair Joëlle Sambi Nzeba and EL*C board member Kika Fumero featuring lesbian politicians from the campaign! A fun lesbian gathering with a quiz, whilst talking about more serious discussions on issues affecting lesbian communities.

The event will be live streamed on the EL*C Facebook page: https://www.facebook.com/EurocentralasianLesbianCommunity 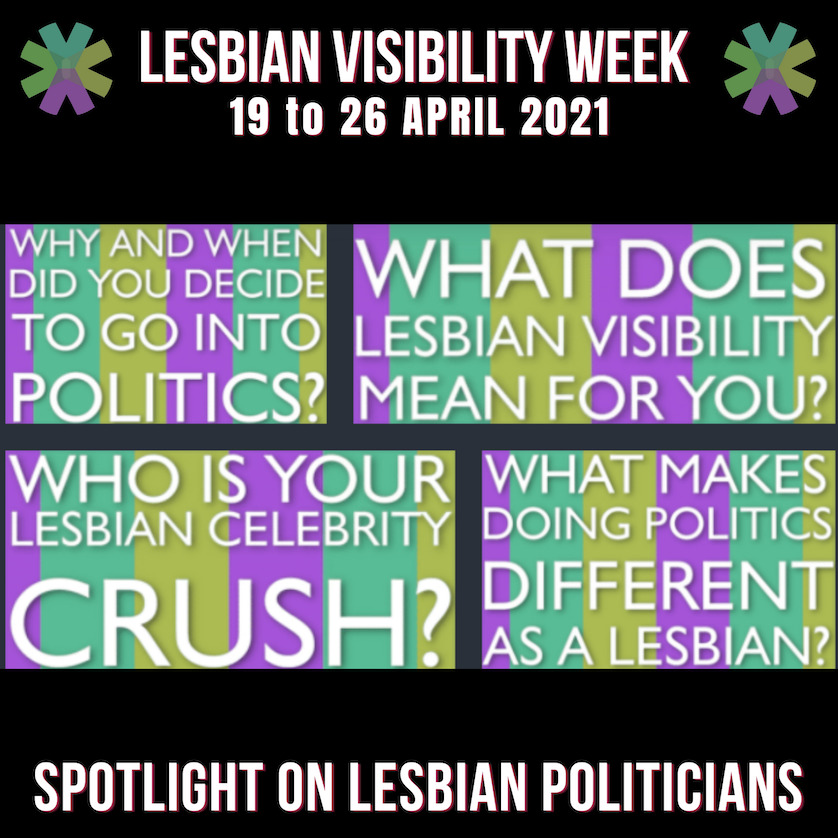