LESBIAN REALITIES IN EUROPE : A RESEARCH 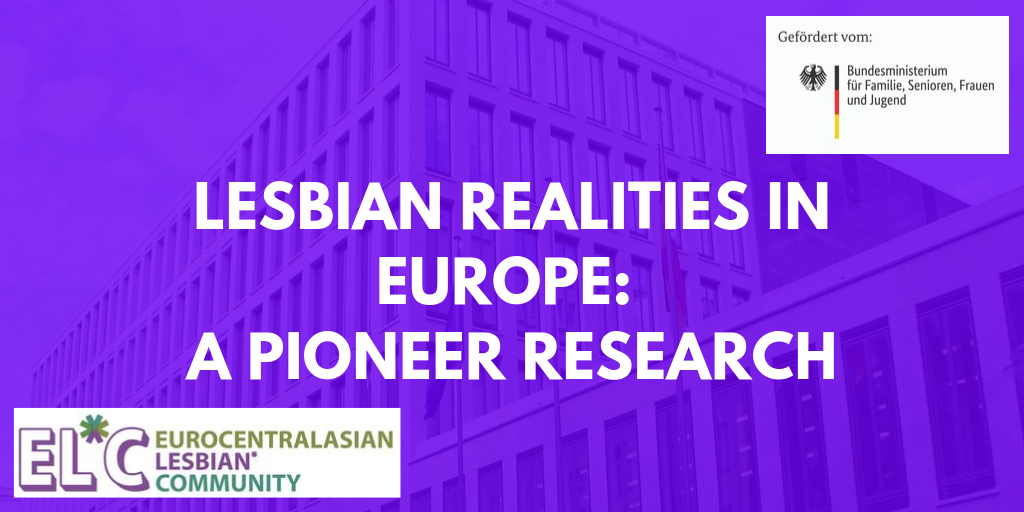 EL*C has secured a research grant from the German Federal Ministry for Family Affairs, Senior Citizens, Women and Youth to conduct the study entitled: “The State of lesbian organizing and the lived realities of lesbians in the EU and the accession countries”.

This pioneer research project is funded ahead of the international conference on the topic “Lesbian (In-)Visibility in Europe in Politics, (Civil) Society and Science” in November 2020, in the context of the German presidency of both the Council of Europe and the European Council.

Since the creation of EL*C there were numerous comments on how the lack of data, histories, archives, statistics, abstracts on lesbians in Europe was one of the top priorities our movement should address. We are extremely pleased to know that this pioneer and ambitious study will contribute to change this state of play.

Background & Rationale
Even though societies and movements in the EU, and to some extent the accession countries, have come a long way in advancing the rights of LGBTI persons and women’s rights, lesbian women are still facing strong discrimination, violence and stigma, and are one of the most marginalized, vulnerable and invisible social groups, affected by patriarchal gender norms, misogyny, sexism and lesbophobia. Lesbian women face challenges and under-representation in all domains, particularly safety, employment and workplace, academia, politics and decision-making positions, healthcare, family and reproductive rights and media. In addition, the lesbian movement in the EU and the accession countries has been in worrisome decline over the last years.

Due to the above, this project focuses on contributing to bridging the gap in the lack of research and data collection on lesbians in the EU and the accession countries. Disaggregated quantitative and qualitative data on lesbians in most policy areas are lacking, including also data on the state of lesbian organizing. Such data is needed to assess the level of exclusion and discrimination of lesbians, challenges and opportunities, to identify gaps and trends, and to inform relevant remedial action, with the aim to contribute to the advancement of rights and fundamental freedoms of lesbians in EU and the accession countries.

Research outline
The research is being developed via three main streams: 1) historical analysis, 2) organizational mapping, 3) systematic review and meta-analysis on health and structural inequality faced by lesbians in EU and accession countries. The field work for this research will be carried out between October 2019-December 2019. One of the key outcomes of the study will be to bring forth a series of recommendations based on the findings related to the three main streams mentioned above, which will be targeted at policy makers and European level decision makers.