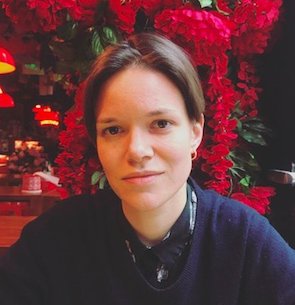 Eva Tepest, born 1989, lives and works in Berlin. Her literary works and essays have appeared in magazines such as Metamorphosen, Politisch Schreiben und Am Strand, in addition to several edited volumes. Her journalism appears regularly in Tagesspiegel, Missy Magazine, Jungle World and taz. She is most interested in the discrepancy of all desire and queer identities world-wide. In addition, Eva Tepest has realised several collaborative artistic works, such as “Ohne Titel”, in cooperation with Philipp Farra (Rundgang 2016, HGB Leipzig) and “Privacy and Intimacy“ in cooperation with Masha Ru (Van der Helst Plein Video Biennale 2017 in Amsterdam). She is the co-creator of “Church of Shame: What Dykes Picture to Come“.