THE HIDDEN FACTOR: A GENDER ANALYSIS OF LESBIAN’S STRUGGLES – EL*C Submission to UN 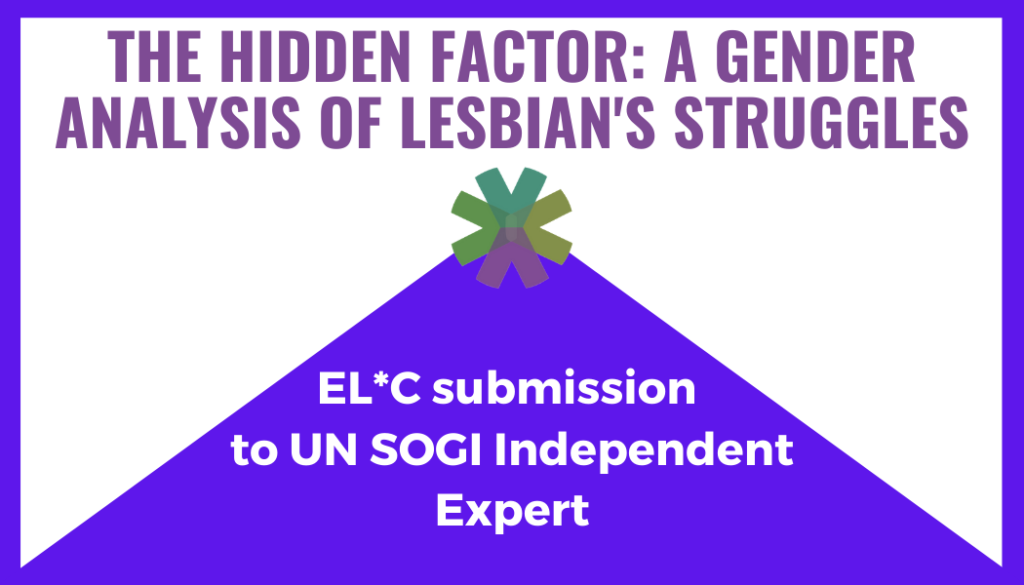 Gender is a fundamental element of the lived realities of lesbians, yet it is often forgotten in the analysis of phenomena such as gender-based violence, hate crime, hate speech and discrimination concerning the LGBTI community. As a consequence lesbophobia is at constant risk of “falling into the cracks” of policy-making as well as of the demands of the LGBTI and feminist movements.

This submission puts together the data collected in years of research work conducted by EL*C on lived realities of lesbians as well as the inputs and feedbacks coming from lesbian activists and organisations belonging to EL*C growing network in Europe and Central Asia.