The State of Lesbian Organising, a groundbreaking research!!!

The EuroCentralAsian Lesbian* Community will present today the first ever research focusing on lesbian lives and realities in Europe, titled: The State of Lesbian Organizing and the Lived Realities of Lesbians in the EU and the Accession Countries. 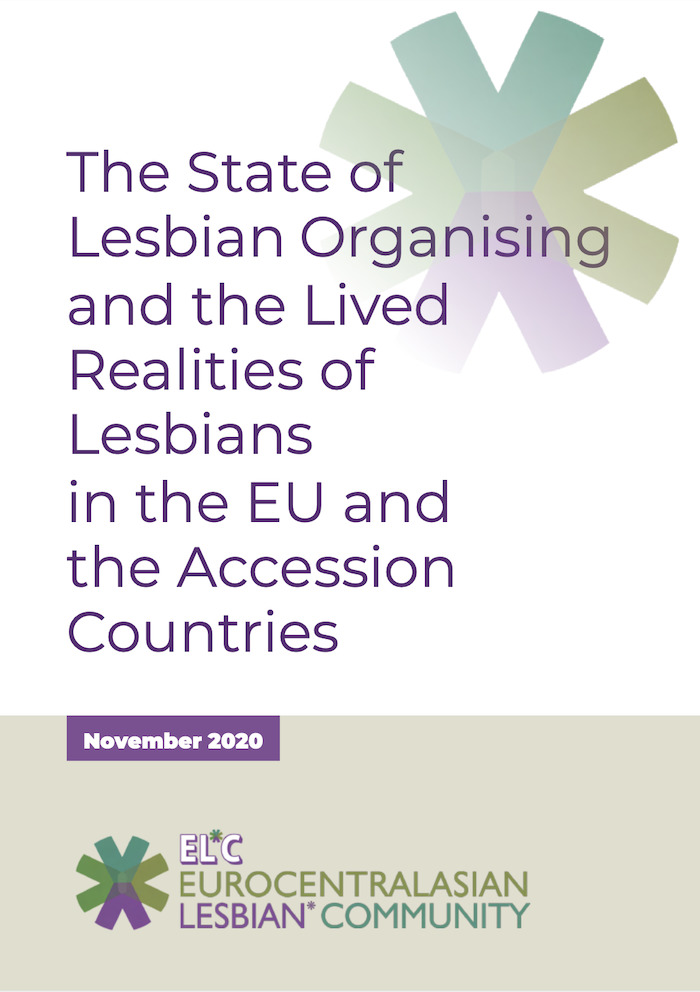 Yet, even though societies and movements in the EU, and to some extent the accession countries, have come a long way in advancing the rights of LGBTI persons and women’s rights, lesbians still face strong discrimination, violence and stigma. Lesbians are one of the most marginalized, vulnerable and invisible social groups, affected by patriarchal gender norms, misogyny, sexism and lesbophobia, which is still widespread throughout the EU and the accession countries.

The lack of capacities, strategic and sustained mobilization of the lesbian movement is hindering effective impact on national authorities, policy reform and decision-making, which is further exacerbated by lack of awareness, data, impact assessment and in some contexts, the political will of decision makers, which in turn results in lesbian-specific issues being unrecognized and absent from policy-making.

The work has been conducted from October 2019 to January 2020. Since the start of the research, the Coronavirus pandemic has re-shuffled the global list of priorities and exacerbating the already existing oppressions and violence experienced by minority groups, like people of color, women, people with disabilities, LGBTI and queer persons. The global crisis has affected lesbians as everyone else, but also in so many specific and intersectional ways.

This research is the starting point to fill the gaps. You will find in it an analysis of three main areas: the history of the European lesbian movements, existing data on lesbians, and the state of affairs of lesbian organizing.

The EL*C, would like to use this opportunity to acknowledge the amazing contribution of the Federal Ministry for Family Affairs, Senior Citizens, Women and Youth, one of the main actors in Europe working to counter lesbian invisibility. The study that we were able to conduct during almost half a year was made possible thanks to its willingness, visionary political objectives and support.

Find the Short Version here after. A Full Version of this report will be available very soon: