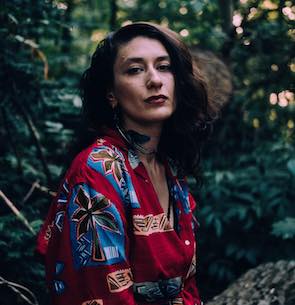 Ceren Saner was born in 1991, Istanbul, Turkey and studied business administration at Koc University (TR), graduating in 2014. She has eventually become a self-taught visual artist working with photography and videography.
Ceren uses the term private documentary to describe her approach as her works have predominantly autobiographical elements in them.

Her first documentary film,“ Traces of My Uncle ”, has been shortlisted for the Small Axe Award 2014 by Tolpuddle Radical Film Festival, UK in the Best Student Film – Factual/Documentary category. In 2015, she was part of the 5th Annual Exposure Award exhibition and publication whose reception has taken place in the Louvre Museum.

Since November 2016, she is based in Berlin and has been on tour (#isntitlovethetour) around Germany and Europe, giving lecture performances with her artworks centering upon perspectives on the intersection of art, queer scene, LGBTIQ+ movement and activism in Turkey.

After all, her works had yet exhibited in France, Germany, Italy, Lebanon, Sweden, United Kingdom, United States of America, and Turkey. 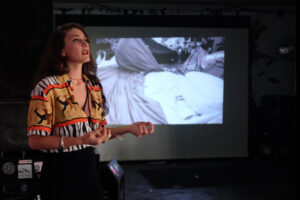 Geographies, roads and neighborhoods. How Roma women, migrants from Turkey, queers from Berlin, build their identities.