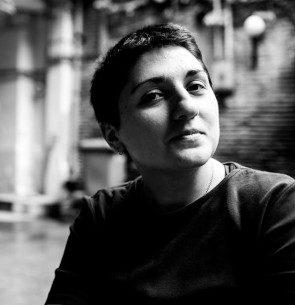 Natia Gvianishvili  is the advocacy program manager at RFSL – The Swedish Federation for Lesbian, Gay, Bisexual, Transgender, Queer and Intersex Rights, with focus on Eastern Partnership countries and Russia. Before taking the position at RFSL, Natia worked within the feminist and LGBTQ movement in Georgia, where she was involved in community building, research, advocacy and visibility since 2009.  Natia was the first publicly open activist in Georgia and co-founded the first independent feminist collective – the Independent Group of Feminists – in 2011.