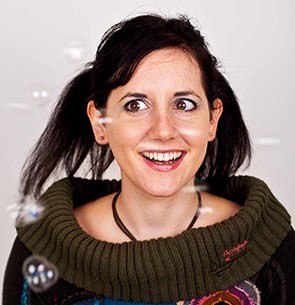 Alice Frick, Funny Women Finalist 2012, is an Austrian Comedian based in London. She started comedy in Austria and Germany in 2007 and then spent one year in Los Angeles where she performed e.g. at the Comedy Store and at the Hollywood Improv.
Her comedy solo show is called “…Joke” where she chats effortlessly about her real-life experiences. She also hosts and organises a monthly all-female comedy mix show in Soho called “Laughing Labia”.

Welcome and wake up by the European Lesbian* Conference Hosts