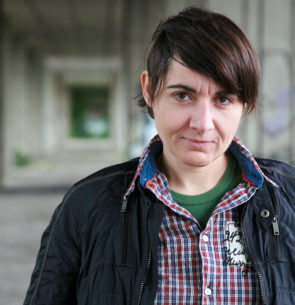 Mima Simic is a Croatian writer, film critic and an LGBT+ activist. Her activist focus are interventions into (seemingly) non-political spaces and popular media formats; she used quiz shows, cooking shows, talk shows and women’s magazines as platforms for coming out and raising lesbian visibility. She believes in humor as the ultimate tool for activist engagement and seductions. Her activist endeavors have earned her the title of the Croatian LGBT person of the decade. Despite all this, she still believes she’s a better writer than a lesbian.

Welcome and wake up by the European Lesbian* Conference Hosts