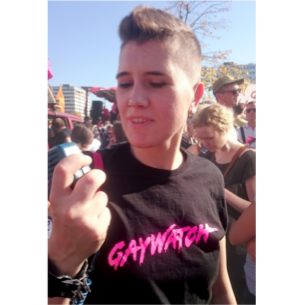 Dana Müller is the editor of L-MAG, the magazine for lesbians. She studied political science and focuses on political interviews, social debates around lesbian life and visibility, as well as international LGBT issues. The two-month print magazine L-MAG is published in Germany, Austria and Switzerland. To celebrate its 10th anniversary in 2013, the editorial team fulfilled its dream of bringing the North American-influenced Dyke March to Berlin. Dana Müller is an avid part of the Berlin Dyke March Team and is committed to the networking of lesbian activists.