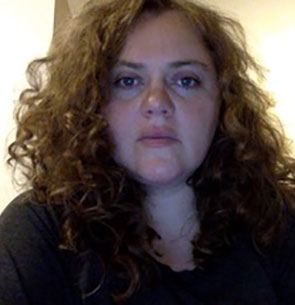 born 1975 in Moldova (ex-URSS). Political Scientist (IEP Paris & OSI FU Berlin). Master thesis on perception of different forms of anti-Semitism in the experience of Soviet-Jewish migrants in reunified Germany. Worked for 10 years with Shoah survivors and state indemnisation programs. Faina is a lesbian activist for the past 20 years, focusing on (sexual) health issues and collective support for lesbian refugees and asylum seekers. Since 2011, co-founder and coordinator of the Lesbians Beyond Borders network in Paris. Being part of the Lesbians Beyond Borders solidarity network by and for lesbian refugees and asylum seekers in Paris, I would be most interested in focusing on questions of efficient long-term organization (6 years in our case), and dealing with obvious power structures within support and solidarity groups and networks. It would also be important to give a brief abstract of our network’s history.