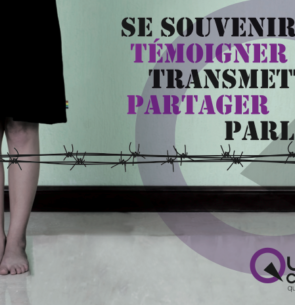 Isabelle Sentis, Historian, specialized in the field of industrial heritage and European workers, she worked for ten years on the memorial issues related to World War II. She spoke at Europride in Marseille in 2013 during the meeting dedicated to the memory of the homosexual deportation and her speech was published in ” LGBT move societies. Cultures and politics of emancipation “.  She spoke at ALMS in London 2016 and in Paris at “Archives lesbiennes et féministes”. She developped  feminist’wokshop between France, Belgium and Swizerland since 2009. She is a librarian at Pierresvives in Montpellier. She is also art-therapist for HIV persons, LGBT people and abused women.

Digital activism and data on lesbians