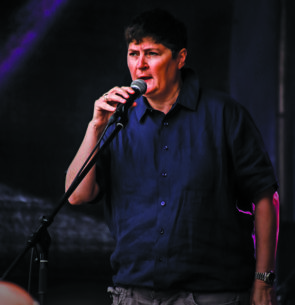 One of only two British directors of US based LGBT campaign group GLAAD, and a former adviser to the British Labour Party on diversity issues, Linda is also a patron of Action Breaks Silence, which empowers women in the developing world to protect themselves against physical and sexual assault and Diversity Role Models a LGBT anti-bullying charity.

A former Stonewall award winner, Linda founded the Alternative Parenting Show, the British LGBT Awards, the Diversity Careers Show, European Diversity Conference and Opportunities for Women, and currently publishes the iconic lesbian title DIVA magazine and LGBT news site Out News Global. She is also the founder and director of the European Diversity Awards and the Diversity in Media Awards.

Co-founder of Square Peg Media and former publisher of g3 magazine, Out in the City and First Time Buyer, Linda collaborates with the UK’s Daily Telegraph, the Guardian (with whom she co-founded the Diversity Hub) and The Economist on various diversity initiatives.