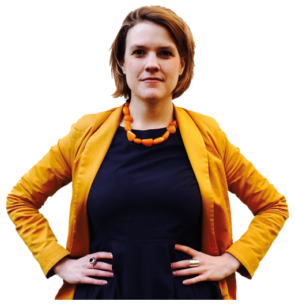 Since 2014, Terry Reintke is a Member of the European Parliament. Terry is the Green/EFA coordinator in the Committee on Women’s rights and Gender Equality (FEMM).She has been working on issues such as better representation of women, intersectional discrimination and EU anti-discrimination policy as well as the empowerment of women in the digital age. Her work focuses strongly on fighting the backlash of equal rights, which we are witnessing all over Europe and beyond. The right to decide over your own body is at the very centre of this battle. It is in this context that Terry co-founded an alliance of progressive MEPs in the Parliament advocating for the sexual and reproductive health and right – the ALL of US alliance.

Terry was born and raised in Gelsenkirchen and studied political science in Berlin and Edinburgh.

Future of EL*C and conclusion