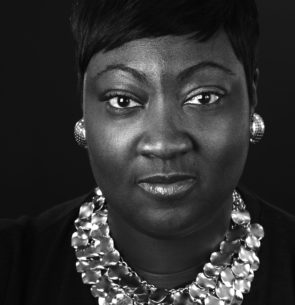 Phyll is the co-founder and director of UK Black Pride, an out black queer woman (QWoC), she is a Diva Magazine Columnist, a Stonewall Trustee, a trade unionist, and an equalities campaigner who focuses on intersectionality. It is safe to say that Phyll is one of the leading lights behind the amazing celebration of Black LGBTQ communities. She has been named in the Independent Rainbow List as one of the top 100 most influential LGBT people and also in the World Pride Power List. 2015 saw Phyll become one of the judges for the Independent Rainbow List.

A Civil Servant by profession, she took a job in the Public and Commercial Services (PCS) Trade Union where she started off trailblazing as the only Black female lead negotiator within Law and Justice bargaining area, then was promoted to Head of Equality, Health & Safety. Thereon to be the Head of Political Campaigns and Equality.

In 2014, Phyll previously served one year on the Pride London Community Advisory Board (CAB) and currently sits on the TUC LGBT Committee, TUC Race Relations Committee, board member of Justice for Gay Africans which focuses on Human Rights, Equal Rights, challenging racism and discrimination.

Phyll pride’s herself as an activist who is passionate about what she believes in and works diligently to make people aware of the cause, she has worked tirelessly to build UK Black Pride by bringing together LGBT activists, artists, volunteers and supporters from across the LGBT community. Her efforts are constantly recognised with a nomination and recognition by way of MBE but she rejected the Queens honor because she said: “I don’t believe in empire. I don’t believe in, and actively resist, colonialism and its toxic and enduring legacy in the Commonwealth, where – among many other injustices – LGBTQI people are still being persecuted, tortured and even killed because of sodomy laws.

Phyll cites this quotation from Dr Maya Angelou as her maxim: prejudice is a burden that confuses the past, threatens the future and renders the present inaccessible.

The lesbians and friends coalition: the role of alliances in reaching equality